User can create a thread with a plot, then user can join in and write their own story. There are limitless topics you could RP about, from real life to magic.

Chat all you like for all that I care.

Anyways, I'm from Serbia IRL and was originally invited here by MA-anna. I like RPing as I feel free doing it

Yeah, you're from Onrpg, right? Same here. And MA-anna invited me too, thanks for that, MA-anna, btw

. Well, here's hoping we have a good group and get some good RPing going!

Hello to the both of you.

I know my name seems unfamiliar,
but I used a hotmail and thus didn't get the recognition e-mail.
So, I had to shorten it (to Kuri).
I'm Lokuri, from Onrpg.
I hope to enjoy RPing with everyone here.

W00t everybody I know is here! yeah that's right it's me, Jack Reid from the village hidden in the leaves.
Nah notreally, been watching to much Naruto.
*Shadow clone jutsu*

Awh, this is awesome. Every person here is a good Rper from Onrpg. MA-Anna, you pick people well

. Here's hoping we can make this place just as awesome as Onrpg!

Hello everyone! MA-anna deemed me worthy enough to participate on this site, which I am very grateful for, even though I probably started roleplaying a month ago. Well here's to hoping this becomes a great roleplaying site!

Anyways I think it's time to praise our Creator: Admin (aka MA-anna)

Hey! It's me Imushu from Onrpg too!!
Great group! Everyone here is a good at Roleplaying xD
I know all of you, if not all, most. 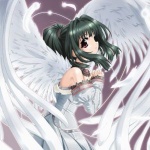 if you guys quit RPing on onRPG forums you will still continue to RP here, right? I mean, it would be a shame to loose two such dedicated and experienced RPers...

*huge smile* It's been one day and so many people responded to my invites!
Thank you all for joining! This is great! :D
To let everyone know, I am still going to be active on Onrpg. I created this site because I was tempted to write a book and i needed copy writes if i wanted to take stories of the site. I'm working on getting legal copy rights on this site right now. and if I do write a book that was inspired or off this site everyone who takes part in this site is to get credit!
Also, i hope that everyone has a great and amazing time role playing and chatting on this site! If there are any glitches or difficulties please tell me as soon as possible and I'll get right on that! :D

Wow, dave knows already that I'm working on two books at the moment so I'll probably credit everyone from ONRPG and stuff too. Also i'm creating my own website and might make a branch for the roleplaying section, we're also working on a section of the forum to post current fanfictions and to give constructive criticisms and such. W00T

if you guys quit RPing on onRPG forums you will still continue to RP here, right? I mean, it would be a shame to loose two such dedicated and experienced RPers...

Don't worry about that, *I*, at least, plan to keep on Rping for a LONG time. I doubt the one that we're doing on Onrpg is going to be the last. I enjoy it too much, besides, you guys are all too awesome to give up on!

Wow, with so many people here, we should start RPing soon.

Writing books? Aw, it's nice to see people inspired to do so. Everytime I get enough energy to write one, I lose interest and quit halfway. xD I've created many stories in my "dreams", yet I never got around to writing them on paper. Shame. Well, I'd still love to read any books made by those here.

Perhaps it will give me the will to write a book before college (which is right around the corner).

Oh, you should invite Takesh from Onrpg. He's an excellent RPer. Oh, and then there is Fieryfly, *sky, Moratorium...well, there are a lot of RPers, but the hardest part is making sure they have the time to RP. :/

Yeah, you're going to college soon too? The thought of it scares the SHIT outta me (Even if it IS next year >_<)

And yeah, we need to get as many good Rpers as we can. The cream of the Onrpg crop! Maybe Kain222 (Unless someone already mentioned him xD); TimemasterX and maybe Jake Holland too

Why am I only "maybe"? Meh, I might be bad at making RPs, but I'm a lot better than I was when I started; I have epic grammar, can make large posts, know a lot of big words like anthropomorphic, psychopathology, and terminology...see, big words that confuse people! And I don't just know english, I know a bit of japanese, such as Onee-chan meaning big sister...wait...most of the japanese I know is sexual...well, nevermind that, I know a lot, desu~
No hard feelings, I'm just being kind of stupid and showing off...

Jake, I have noticed how you have improved since you first joined. One day, you came on one of the RPs I joined and I was like, "WTF! Did I miss something?!". xD It's fun watching people grow as RPers, though. When I first learned how to RP...well, I didn't take it seriously and the person who was explaining it to me got fustrated. xD

Then again, it wasn't on a forum, but rather, a system where you could actually go to the place you are RPing in and design already made character looks (ex. There was an area designed to resemble Kingdom Hearts's Hollow Bastion and you could play as some of the characters from the game). It was a shocker when I first saw how forum RPs worked, but I enjoy them a lot.

"Shinigami" is a Death God/God of Death and "Shikigami" is a summoned familiar/spirit.

...I'm still upset that the Japanese people are so stingy. I want Kingdom Hearts:Birth by Sleep...the little Japanese I know doesn't help me understand all that is being said during the cutscenes I watched/am watching...

Kami-sama means god.
Your remark on seeing my posting abilities made me go on a little search...I just looked at some of the first posts I made on OnRPG, and I'm realizing that while I was a lot worse at it, it seemed really...good. I don't know the right word, but the RPs now and the RPs back then just have this different feel to them...like they're brand new, but they can't come back...god damn it I wish I could wipe my mind of roleplaying, but still retain the typing abilities and just RP like a demon...I want that feeling I had back then...meh, anyone else feel that way?

Yeah, I hear you, I miss back when I first joined Onrpg. Like all of you guys, I've improved since then, but I've never thought of myself as a particularly "good" Rper. I've never been able to make long posts or anything, and most (If not all) the people on his site are better than me at this, despite some of them lacking in experience.

Trust me when i say this, the size of the posts, the grammar and time you need to have for roleplaying on RoleplayGateway, I barely stood a chance. When I first started RPing I was fairly bad at it, but in those days we used TekTek and all spelt pretty badly. Then, as CrazyFreak left the picture most of us became better RPers, I had a trick where I would look at a previous roleplay, survey for what it did and didn't have, then add more to it and call it my own. Jake Holland has improved alot since the time I left ONRPG for a few months. And I'm glad to see that he's a respectable roleplayer and is definitely one of the best on ONRPG. But I'm glad that some of the people decided to quit, instead of trying to improve.
Rant over

Yeah. Some people are really good, and have improved. Sometimes i don't feel i have -__- Maybe i "imporved" but i am not amazing at it.I don't know what Jake sounded like at first, but now, you are a really good RP and thats what counts

I don't understand how people can make such giant posts!! I write and write, but man, Lokuri you can create gigantic posts!!! Who quit? I don't know of any who quit, but i am clueless that way. Some people drive me crazy!!!!!! I have a pet peeve about posts only being 3 lines long. PUT MORE HEART INTO IT!!!!

Also i have been learning japanese for about 2-3 weeks now. I can hold a small conversation, and usually begin,
Konichi wa. Genki desu ka?

Pretty sure everyone knows me here, but I decided to join. Read the thread and glad the roleplayers who joined arent the ones you post that 1 sentence stuff and grammar is terrible. Look, Im not a grammar Nazi here,and I make mistakes sometimes also but it ruins the whole roleplay when that stuff happens. Rereading what you wrote isnt that bad.


I wont be able to post in a few days, due to other things, but if altogether if we can get some of the other good RPers to join (kain, lokuri, belfram, feragon, firefly, timemaster, etc etc) it could be pretty good.

Yeah, we've got a nice little group of RPers here

. Also, Jake, sorry about making you a "Maybe", but I hadn't seen you RP in AGES and you've improved VASTLY in the hiatus I took from Onrpg and you're definitely one of the best RPers I've seen. Better than I am, at any rate xD. I have a feeling I'm going to be severely outclassed on this website, with so many prominent Rpers from Onrpg, but hey, it'll be a laugh and I can provide... Uh... Looks and "Sparkling wit"

Sky, Loruki already joined XD Her name is just Kuri on here, that's all. I definately think Kain should join. He is amazing at Roleplaying!

Sky you dissapeared for a long time -__-
just like Kain said, thats a pretty long hour...

I don't deny it Dbird. You seem like it.

i am having fun with the emotes

I hope some Roleplays are created soon. I AM STARVING TO JOIN ONE! I have this weird thing, where i suck at making a thread, but i enjoy being in one! For that reason i refuse to make an RP

Someone make one soon